Niagara Falls Trip from Toronto, Top Tips Before You Go

Niagara Falls is between an hour and a half and a two hour drive from downtown Toronto. When you planning a Niagara Falls Trip from Toronto, some tips you should to know before you go. The QEW is a major six/eight-lane highway that connects Niagara Falls and Toronto. It provides the most direct route between the two cities, but is by no means scenic. If you would like a more scenic route, hop off the highway around St. 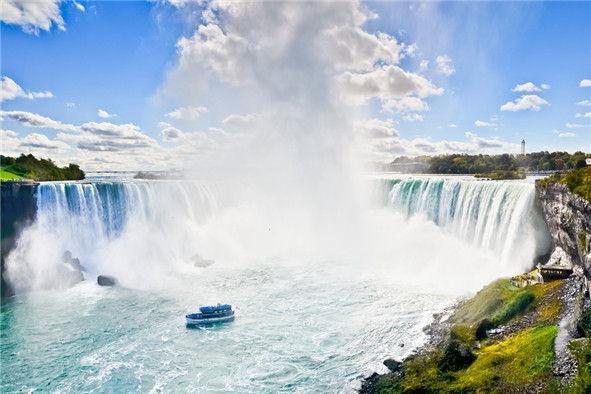 Catherines and take Hwy 81 through wine country. Beautiful, rolling countryside with a wine route clearly marked. In addition, at Burlington, follow Lakeshore Road, which runs along the Lake Ontario shore and gawk at all the mansions.

From Toronto, you'll follow signs first for the Gardiner Expressway West, which becomes the QEW (Queen Elizabeth Way) West. From Toronto Pearson Airport, take the 427 South to QEW West. In Burlington - about half way through your drive - veer left to follow signs for QEW Niagara.

Finally, about a half hour past Burlington, take the 420 exit on the left. Go Transit operates a year-round combination train/bus route between Toronto and Niagara Falls. Passengers must transfer to a bus in Burlington to continue onto Niagara Falls. 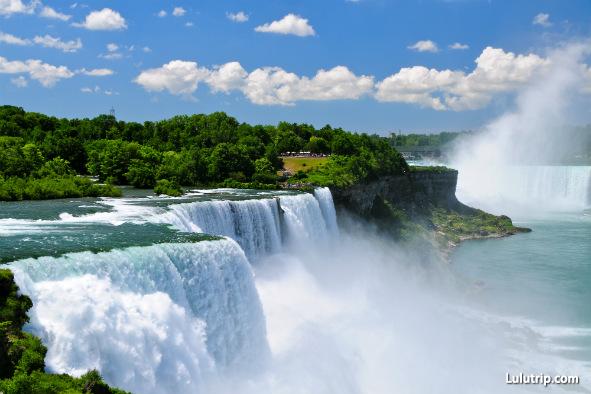 Note that the bus station and the train station are in old Niagara Falls, about a 5-min drive from the Falls themselves. Numerous shuttles take passengers from Toronto Pearson International Airport to Niagara Falls. Note though that flying into Buffalo is another option for visiting Niagara Falls, where a shuttle ride will be less than half the time and cost.